What is TSK type? - Japanese spelter socket standards other than JIS

Are there only JIS type spelter sockets in Japan?

In fact, there is another type of spelter socket called TSK type.

Why can't we use only JIS type? It has to do with the type of wire rope.

There are three main types of wire ropes specified in JISG3549.

The most common type is called a stranded rope, which is used in many situations, including cranes and ships.

The other types of rope specified are spiral rope and locked coil rope. These are wire ropes that can withstand greater force than stranded ropes. 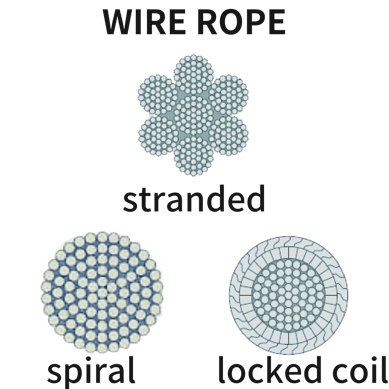 The spelter socket has evolved in line with the evolution of wire rope.

There are two types of TSK type spelter socket, 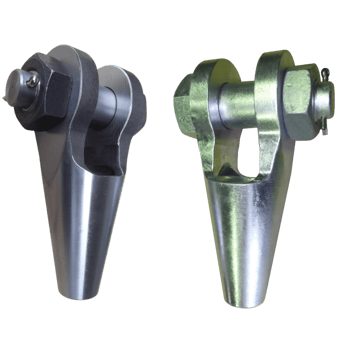 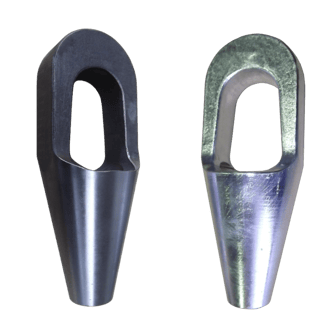 TSK spelter socket is developed by "TOKYO SEIKO"(TOKYO ROPE MFG. CO., LTD.), Japan leading manufacturer of wire rope, with a history of over 100 years. As a side note, one of the first shareholders of the company was "Eiichi Shibusawa" (who would later become the Japanese 10,000 yen bill). He was also involved in the establishment of the company.

An advantage of the TSK model is light weight, lighter weight makes it easier for workers to do connecting with wire ropes. It is achieved by using HQ metal (S35C) stronger than JIS type(S25C).

AUZAC will continue to move forward with the history of spelter sockets. 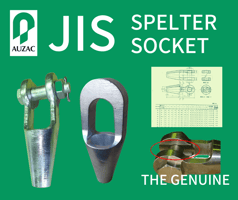 We are all indebted to JIS, aren't we? We also use it every day. In other countries, there are...

We are a manufacturer of spelter sockets, and we have responded to a variety of customer needs... 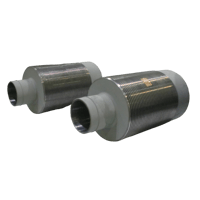 Kanae Ohashi = cable stayed bridge has been built as a symbol of Great East Japan earthquake,...